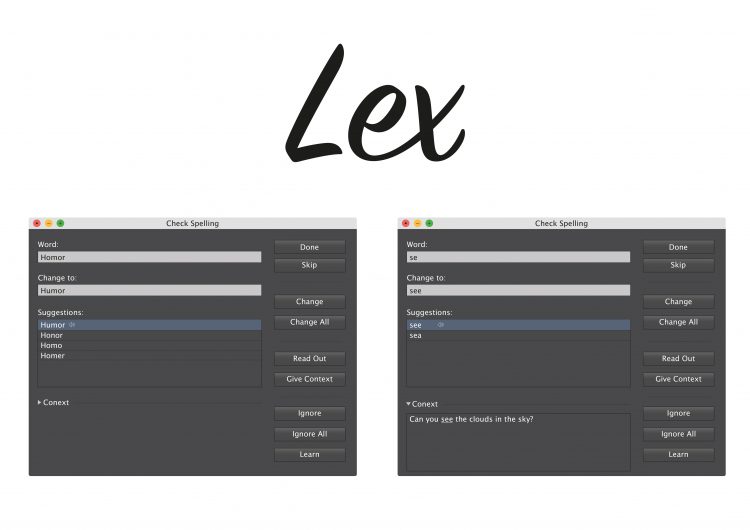 Lex is a newly designed spell checker for dyslexics.
It offers more possibilities than other spellcheckers, for example to read the suggestions for mistyped words out loud. Like in contest, content and context, only one character is changed. But once read out loud the difference becomes clear.
With other words it is not that easy. That is why another function has been added: Context. It lets the user choose a word and shows its use in a sentence. For example see and sea. Again, just one character changed. But even through listening to the words, it is not possible to distinguish these two. But once seen in a context („Can you see the clouds in the sky?“ „The sea looks so blue today.“) the user most likely can decide, which one would be right for his or her sentence.